Last year, on October the 28th, a team called Too Kind Studios started a Kickstarter Campaign for the game shown above. As you might have brilliantly deduced, said campaign was successful. What you may have also deduced by the existence of this article is that I was contacted by someone representing their team to do a review upon the games release.

The game will be officially released on the 21st with the full review.

As for the game as it is now, I haven’t played any of it (yet) and in addition to announcing its release date, here’s my impressions on the game based on the information provided by their PR campaign.

For those of you who haven’t checked out the Kickstarter campaign or the GreenLight on Steam , the game is basically about a young boy with sever PTSD who suffers terrible nightmares. His father comforts him each night with a special bedtime story that his folks told him. The story goes like this:

That’s the basic premise of the story; you are a hero named Pankapu, upon which the game is named, and you get to save the dream world from nightmares Action RPG Platformer style. The game itself is told through the eyes of the young boy whose listening to the story being told by his father. It is a living testament to a concept in game design referenced as “Mechanics as Metaphor” and promised to be a fun game with a moving backstory that tells of the struggle through past trauma. The game will be released in the form of “episodes” that resonate the same style as an adventure game from Telltale, in the sense that the game will tell a complete story in fragmented parts that will be sold separately. Only 1 has been completed, and will be sold on steam for $4.99.

The game Pankapu reminds me of another game which also included RPG elements in an Action Platformer. Ever hear of a game called “TOMBA!”? For those of you who haven’t, its basically about a pinked haired Tarzan wannabe who fights evil pigs with magical powers. It was released for the first Playstation console, it was colorful, imaginative, and borrowed themes and tropes from every fantasy story you could think of, and does it in a way that is beautifully animated and colorful. TOMBA! was very well recieved in its day, and was one of my favorite games growing up. Pankapu seems to be going the same direction, but with a slightly more serious tone as it sets up its more fantastic elements as a metaphor for a story that inspires a child in need.

The quality of the narrative will lean heavily on this metaphor, and I can only hope to see the nature of the boys’ trauma revealed as the game progresses. The nightmare creatures that you are inevitably going to be slashing and shooting throughout the game provide ample opportunity to reveal backstory as to what it actually was that gave the child PTSD. Different creatures can represent different people or events that happened in the child’s past that reflect on a rather unfortunate set of circumstances; or worse, be the results of outright abuse. Such a theme remains compelling not only due to the unique way its being told, but in the idea that the story is there to help the child overcome it.

The graphics of the game look polished, the animations are smooth, and the cinemas seem to rely very much on the Max-Payne style “Motion Graphic Novel” approach in which your not so much seeing a cinema as you are a slideshow with word balloons. That’s not necessarily a bad thing, and for the low low price of $4.99 and the fact that this is a small game that was just recently kickstarted, you can hardly blame the developers and art team for cutting corner. Plus, none of this seems to compromise the quality of the game. Just don’t expect anyone’s lips to move and to have voiceovers mixed heavily with big and thick dialogue boxes and captions.

The class system seems to be very utilitarian and splits on the classic Warrior/Archer/Mage split that seems to permeate so many action RPGS. They aren’t named that of course, and I can say for sure that the naming conventions of everything in this world is…well… kinda obscure. Heck, even the child’s name is hard to pronounce, and every creature and character’s name seems to be taken out of a forgotten over pronounced back page of the Silmarillion. I get that this is supposed to be a dream world, and I also get the hint that the world the child actually lives in isn’t all that different, but even so, staple characters tend to benefit when the audience can remember and pronounce their names. But I digress.

Regardless, the game itself seems to be a lot of fun. The controls seem straightforward enough to be simple to learn and easy to master, and I look forward to cycling through classes and leveling up to find the perfect combos and earn that shiny new ability. I just hope that the way such abilities are used and rendered take advantage of the action platformer system that doesn’t feel slapped on or too reliant on the ol’ skinner-box mentality. The game itself looks promising, and I will be disclosing just how much of a prophet I am once I play the game through and through. Look forward to mentioning more of it on the 21st. Till next time.

Time to Announce a winner!

Title says it all. I will be hosting another random giveaway for all my loyal followers and subscribers!

Please subscribe to my newsletter on the right and/or click the “Patronize Me!” button here or up above to donate to my Patreon account. Both supporters and subscribers are eligible to win.

Have you missed E3?

I sure did. Between spending out the wazoo on supplying and shipping the prize from my latest contest, the exorbitant price for the tickets along, plus the fact that I am not eligible for a press pass this year (long way to the top, yeah?), I won’t have any live footage of my own from E3 until hopefully next year.

What I can offer you is something that your home console would also provide but over a long period of time and not before drowning you in the chit chat of their microphone wielding talking heads. This article is basically an abridged list of all the games covered at each E3 press conference-made purposely to easily browse though and pick and choose. If you weren’t at the event like me, and you don’t have the time or the desire to watch two hours of footage that is half PR buzz and a quarter of it is games you’ve already seen a bunch of times on the internet, this is a good chance to skim through what happened and skip to the parts that might interest you the most. I will be attaching links to each game that connect to their E3 trailer placed on youtube.

Do enjoy, and I hope to have more immediate coverage next year.

That’s just about everything I saw at all three press conferences recorded live on E3. As I update this site, I will change links from just their E3 footage to first look articles and reviews as they are finished.

Congratulations! Your Email will be sent shortly! the

If the email winner does not respond within 3 days or by May 4th, I will simply cross the email off the list and pick anew.

Lucky winner, if you are reading this, please CHECK YOUR EMAIL!

Patronize Me on Patreon!

Posted in Articles, Broadcasts, Promotions, Videos, What I feel like | 2 Comments

The Patreon page is up! The video is up! Geekfest is well underway and I have a live Broadcast hooked up to my Youtube Channel.

Broadcast begins at 10am and ends at 6 pm

PS4 Contest Starts Now! Sign up to my newsletter or pledge

Good news and bad news. First the bad news; I didn’t edit my Titanfall broadcast in time to upload it to youtube. I will have to make another one soon. Good news is that I got a lot of visits from it and decided to do it again. Not just for TitanFall either. I might do this for every game I can put on Twitch, for no other reason then share with you guys. Today I am going to broadcast myself playing and critiquing

I will make a review of this game as well, and edit the recording more promptly for your viewing pleasure. Plus I want to try my hand at making a vine for it as well. I’ll have the broadcast up in a few short minutes.

If your too late, check out my Thief recording on youtube. 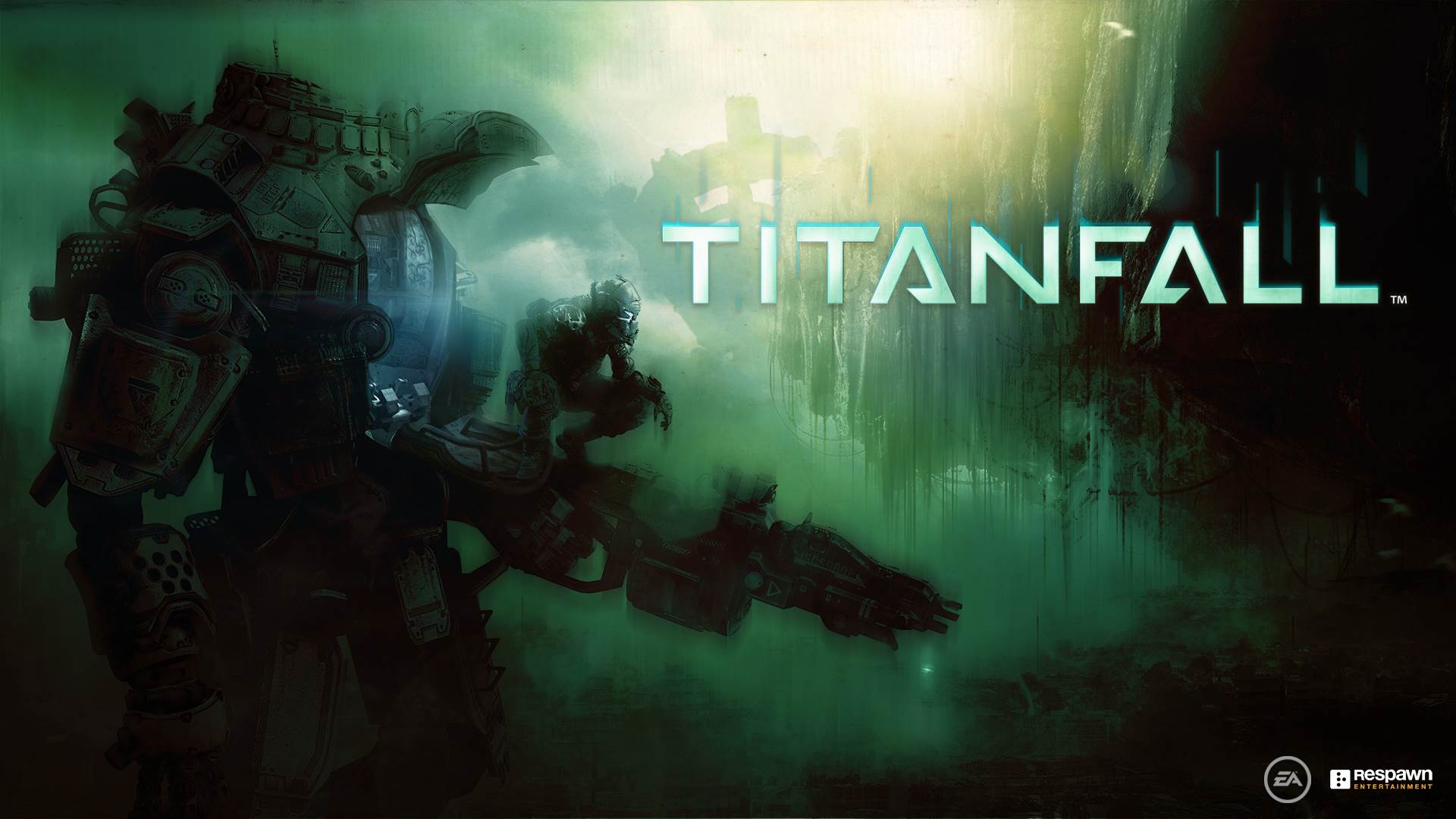 This is something new I am going to try. You might have heard of Twitch.tv. You may have also heard about Xbox One’s new ability to feed directly to it.

at around 9:00 pm tonight, I will have a live Broadcast of me playing and critiquing TitanFall. You might have caught my test of this eariler. If you haven’t, Stay tuned to the screen below. IF you are arriving to this post too late, you need to check out my recording on youtube.

UPDATE: Sorry guys; looks like twitch.tv deletes the video recordings if you wait too long. Guess I waited too long. I’ll have another broadcast for it soon.

Feel free to chat me up while I am playing.

Congratulations for your new PS4!

To everyone else; Have a Happy New Year!

For some reason WordPress didn’t upload my Black Ops 2 review from Blogger.

This is me correcting that mistake.